Does Aedes Mosquito Bite at Night?

6 Reasons Why There Are Many Ants In Your Home There are more than 3500 different mosquito species on earth and the Aedes mosquito is the most common species. The Aedes mosquito or the yellow fever mosquito is most recognizable by the white marks on its legs. Originally from Africa the aedes mosquito is found all around the world in tropical and sub-tropical regions. It is known as the yellow fever mosquito as it is known to spread not only this tropical fever but others such as dengue fever and chikunguya. The female aedes mosquitoes are the main vector for these fevers as it is the only one that bites as it needs blood to help mature its eggs. The mosquito’s ability to find mammal hosts is linked to their attraction to chemical substance such as carbon dioxide, lactic acid, ammonia and octenol which are emitted by mammals.

– Their bites cause bumps on the human skins. This is because when aedes mosquitoes draw blood from their host, they also pump their saliva into the host simultaneously. Most people usually have some minor reaction withy the saliva causing redness and itching.

Aedes mosquitoes bite during the day
This is the most peculiar trait about this species of mosquitoes. Most mosquito species bite at night, but the aedes mosquito is a unique species. This is because of the fact that it only bites during the day. These mosquitoes can also bite at night but in well-lit areas. The members of this species are usually most active two hours after the sunrise and several hours before sunset. This may seem improbable but these mosquitoes are also very intelligent when they are searching for a host. They usually try to bite their hosts without them noticing, they approach from behind and bites on the ankles and elbows. This is how they are able bite their host in broad daylight and get away with it.

The fact that they bite during the day, makes it very hard for us to avoid the diseases they spread by biting us. This is because no one takes measures to protect themselves against mosquito bites during the day. In fact sleeping in sleeping nets is the only method we use to avoid getting bitten by mosquitoes. This method is unfortunately not at all effective when comes to protecting ourselves from being bitten by Aedes mosquitoes. This is also why the three fevers caused by aedes mosquito bites in a populated area can become a huge pandemic. Dengue fever has become a much feared condition, which has brought the need for awareness on how to control the breeding of aedes mosquitoes, as it is hard to protect yourself from mosquito bites during the day.

Ways of controlling the breeding of Aedes mosquitoes
Mosquito control is most effective measure for the prevention of the three tropical fevers linked to the aedes mosquito. These are the main control measures that need to be incorporated by communities living in areas with aedes mosquitoes:

– Draining stagnant water
The solution to this is to drain the stagnant water that is in your home or in surrounding areas. Flower pots are also a source of stagnant water ensure you aerate the soil to ensure better drainage. You should also ensure you store containers that can trap rain water properly and also seal water drums and tanks and toilet tanks properly.

– Changing water in wading pools and bird baths
Wading pools, pools and bird baths are often decorative as well as leisure features in our homes. At times they might not seem like it but water in these three areas might be dirty. Dirt breeds bacteria and the chemicals that bacteria emit are attractive to mosquitoes and urge them to lay their eggs in these areas. Research has shown that distilled or plain water are less likely to attract mosquitoes if still than bacterial ridden water.

– Use of insecticides
This is an alternate means of controlling the aedes population in and around your home. Control methods such as putting insecticide to areas prone to the breeding of aedes mosquitoes such as stagnating water like gutters on a monthly basis to ensure that the when water does stagnate in this are that mosquito larva cannot survive in the water. This helps to control the mosquito population in and around your home and also their breeding capability.

– The use of lethal ovitraps
The ovitrap is the most effective method to control the breeding of aedes mosquitoes. The ovitrap is able to mimic the exact favourable conditions for egg laying that is preferred by the aedes mosquito. The ovitrap is that it contains substance that will prevent the laid egg from hatching and in some cases kill the female mosquito once it touches the water to lay the eggs.

Aedes mosquitoes are a unique but dangerous species, and to prevent the diseases that come with this mosquito species we need only control them. If you live in area with frequent cases of dengue fever it is best that you incorporate these control measures. 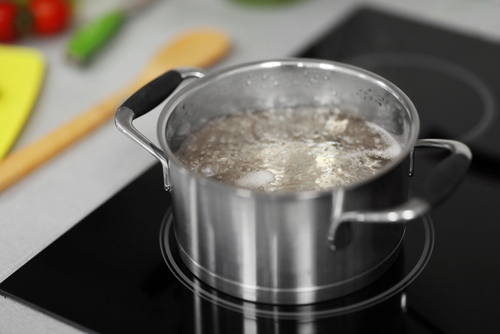 Fleas On Wall: 14 Ways How To Get Rid Of Them How Do You Termite Proof a House?

HOW MAY WE HELP YOU?